“You’re just a boy.” Four little words that cut right to the quick of any man, 33-year-old Mark Sawyer is no exception when he hears these dreaded words from his own romantic interest. Already in a tailspin from losing a coveted job in the radio industry — in addition to the potential loss of the first great love of his life — hearing this brutal assault on his manhood drives Mark into a deeper sense of hopelessness. What if this charming barmaid is right about him?

Mark reflects upon the path that brought him to his current state. His torturous days in Catholic school and high school, the fast-paced highs and lows of his time in the New Jersey radio business, and the people who have made lasting impressions on him along the way. As Mark looks back on his life and the man he wants to prove himself to be, he must decide where his past should lead him. Should he risk forgoing the career he has worked hard to establish and chase his heart down to North Carolina, or play it safe and stay in the rat race of New Jersey? Or maybe there is something else holding him back from his future …

Author Michael L. Salvador weaves together the growing pains of adulthood with religious symbolism of the holy trinity. Through a coming-of-age story that will appeal to anyone who has questioned their direction in life, Peace of Mind follows the story of a man searching for his place in life, and ultimately his own salvation. 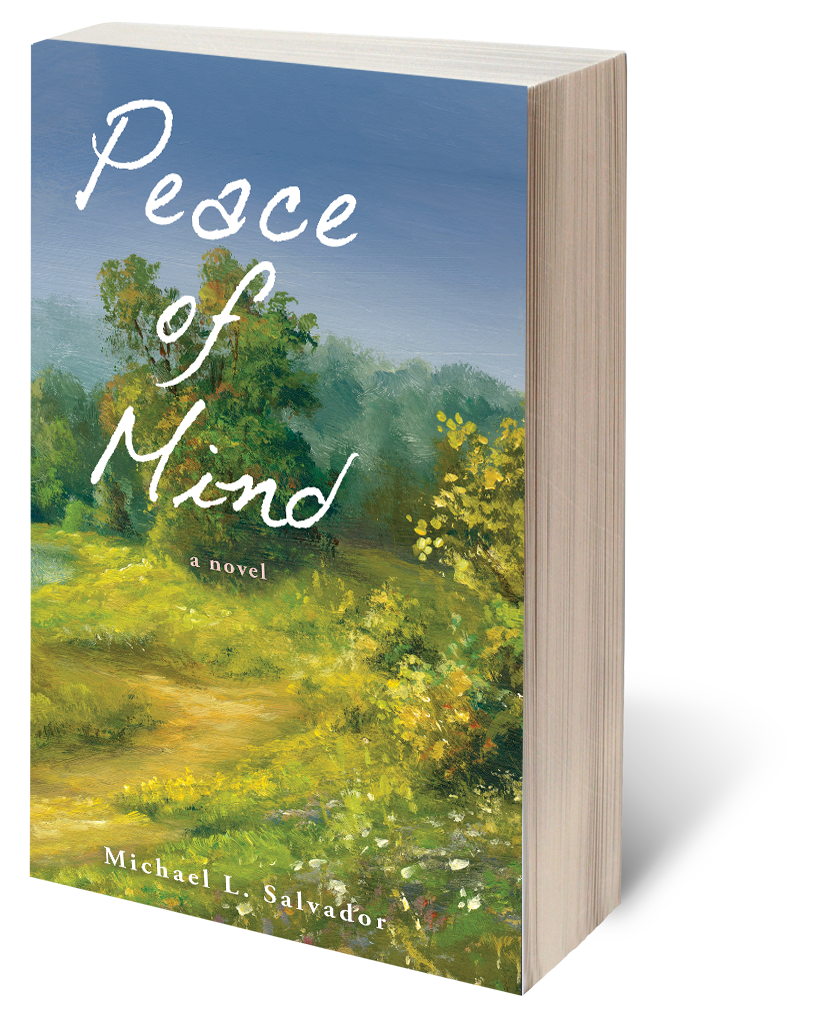